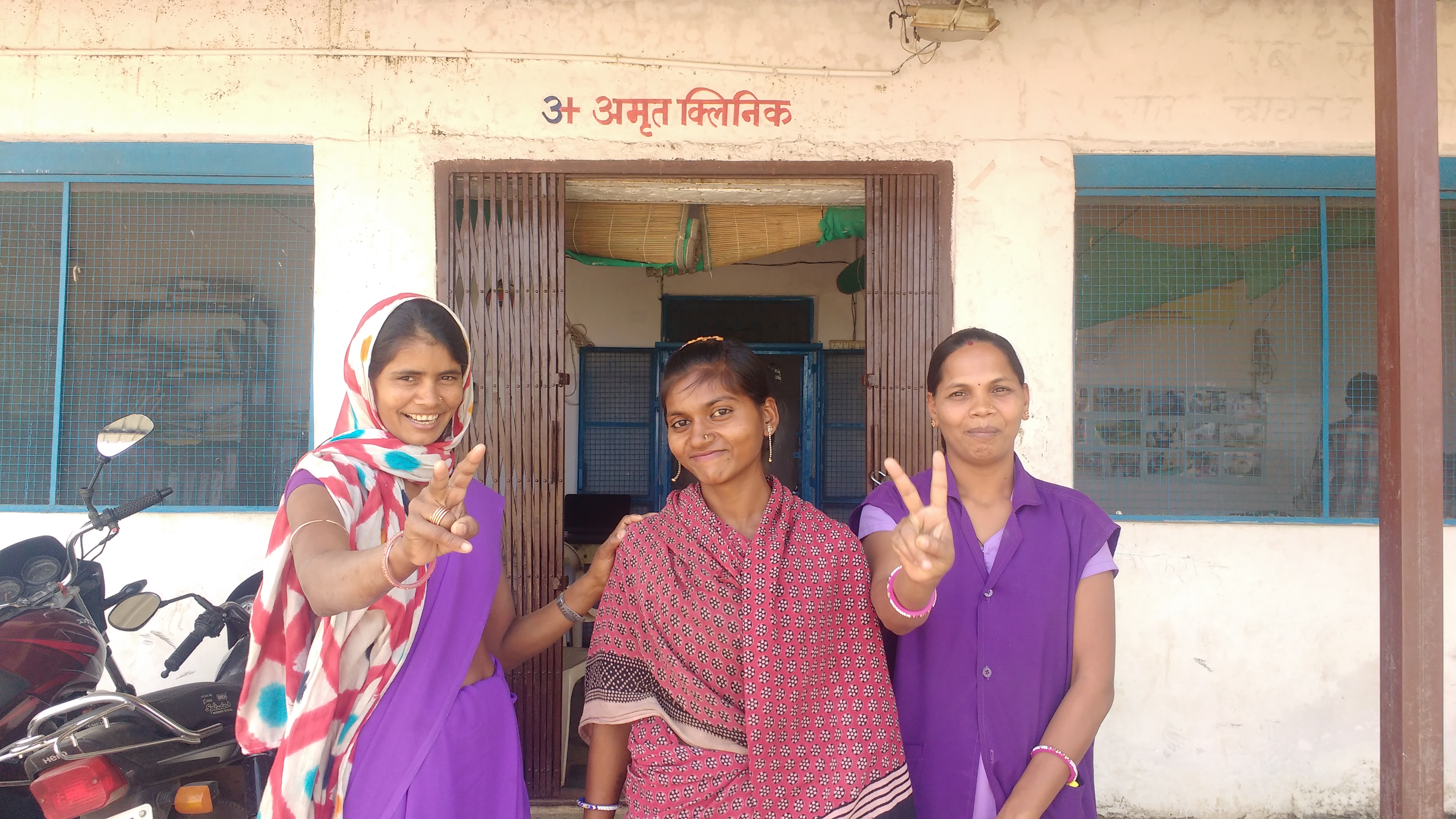 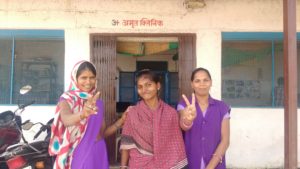 Girja* is a 16 year old cheerful girl from a remote hamlet in Southern Rajasthan. I met her during one of the monthly gatherings for Tuberculosis patients and their families at Amrit Clinic.** She immediately stood out among the group of young and middle-aged men. She later told me about her journey with the all-consuming disease over chai.

“I first noticed something was amiss when I would fall sick more frequently as compared to other children at school. I was studying in 7th grade at that time. It began to get difficult to keep up. As soon as it felt like I had made up for the classes I missed, I would fall sick again, and this cycle went on. It was always an extremely debilitating fever and cough.” Girja is the eldest of four siblings, and had to eventually drop out of school due to her illness.

Her parents took her to several Private Doctors, all of whom, she reveals gave her medicines without performing any examination or ordering for laboratory investigations in spite of her long history of cough and breathlessness. “I now understand they were all Bengali doctors (local lingo for quacks). They would give me the same injection and tablets every time. I would feel strong and well for 3-4 days, then fall ill again. No one was telling me what was happening to me.” Girja had become bedridden and needed to be looked after throughout the day. Her parents’ already meager income from the small plot of farm was under further strain from the repeated doctor’s visits. She says that her family spent over 20,000 rupees in a span of 6 months, an amount unimaginable for a family of 6 with a monthly income of 4,000 rupees. A relative who migrates to a nearby city for work was supporting the family financially, during such trying times. When Girja first came to Amrit clinic she was bed ridden, and had to be carried on a cot. Mr. Motiya* hanging on the hope of his daughter leading a long and fulfilling life, was worried about arranging the money for her treatment.

In Girja’s neighboring hamlet, lives Goutham*, in his thirties. His body appears to have been through a lot of hardship, with his shoulders drooping after a massive weight loss. The circumference of his thigh seemed to match that of my arm’s. Goutham had prolonged symptoms similar to Girja’s. Only this time, he knew what might be causing his illness. It wasn’t something he intended to allow become common knowledge. On the advice of his close friends, he visited a doctor 70 km from his home.

He was diagnosed with Tuberculosis and started on a course that would last 6-7 months. But the cost of treatment in only the first visit, where he was given medicines for 2 weeks, was an alarming 2,800 rupees. He would have a recurring charge of about 1,500-2,000 rupees for every visit. Unable to toil in the field or perform any labor-intensive tasks owing to his weakness, he wondered how he would provide for his treatment and family.

In remote pockets of Southern Rajasthan, Tuberculosis continues to be a leading but silent cause of morbidity and mortality. The ‘India: Health of the Nation’s States’ Report 2017 calls attention to Rajasthan being the 4th leading state for individual cases of Tuberculosis and a death rate (41) higher than the national mean. The Global Tuberculosis Report published in 2017 highlighted that India accounts for 64% of the estimated 10.4 million new TB cases world-wide, out of which only 6.3 million are diagnosed and officially notified, leaving an abyss of over 4 million. India, along with Indonesia and Nigeria, account for almost 2 million of these ‘missing cases’.

Here’s why – Among people affected by TB, like Girja and Goutham, half of them seek care in the private sector. Private healthcare providers are often the first point of contact even for patients who are eventually treated by the public Directly Observed Treatment, Short-Course (DOTS) program. Most patients initially begin to visit the informal private sector, through pharmacists, unqualified practitioners, and AYUSHspecialists. Patients move from provider to provider before they are finally diagnosed and started on Anti-TB treatment[1].

Moreover, by then the patient is stripped of all their hard-earned savings in the name of treatment, which makes the fight against illness more challenging, along with thriving poverty and malnutrition. Most patients in rural, remote areas with lack of access to quality government facilities begin going to informal providers, including quacks. So, if we want to diagnose TB early and curb the transmission of the infection, engagement with such providers is the key. They must be educated about guiding patients with a persistent cough, to the necessary services. It is important that even pharmacists avoid dispensing antibiotics without prescriptions and instead refer patients with chronic cough for TB testing.

The stigma associated with the illness leads another majority of the affected patients to private but qualified providers far away from their homes. They are driven to cover long distances, and take loans to support the expensive treatment to avoid being ostracized from their community. There is growing evidence that TB care in this private sector is sub-optimal.[2] Private doctors tend to rely on non-specific antibiotic therapies, rarely ordering sputum tests. Even once the diagnosis is made, they often use drug combinations that are not recommended by WHO or the Revised National TB Control Program (RNTCP).  This can result in drug resistance with poor outcomes for the patient and the community.

Along with early diagnosis and correct regimes, adherence to the treatment is as essential to the cure as it is in preventing spread and drug resistance. In Private settings, providers grapple to ensure their patients do not abandon treatment prematurely, or switch providers frequently. A patient may not adhere due to multiple reasons like lengthy treatment, low threat perception, or side effects. Private providers may not have the incentive or the resources to counsel, or conduct repeated follow-ups that are valuable in keeping the patient motivated.

We need to engage with Private providers because TB cases also need to be notified to the RNTCP. This is necessary so that patients can avail their entitled benefits. Increasing notifications is important in the larger scheme of things to understand the true gravity of the situation and to raise adequate funding.

The Public sector is riddled with its own limitations. Patients are faced with endless waiting time, poor diagnostics, frequent shortage of drugs and mistreatment. Gaps in this government system also push them towards the private sector where they receive poor quality care and the cost is prohibitive. They may eventually give up and disappear becoming part of the ‘missing cases’. Ultimately what one needs when one is sick is patient-centric quality care that can be accessed with convenience and dignity, whether one chooses to seek it in the private or public sector. Therefore it is crucial for the private sector to work together with RNTCP to improve quality TB care. We must remember the fight is not only to control TB but also to save more than five lakh lives it claims in this country every year.