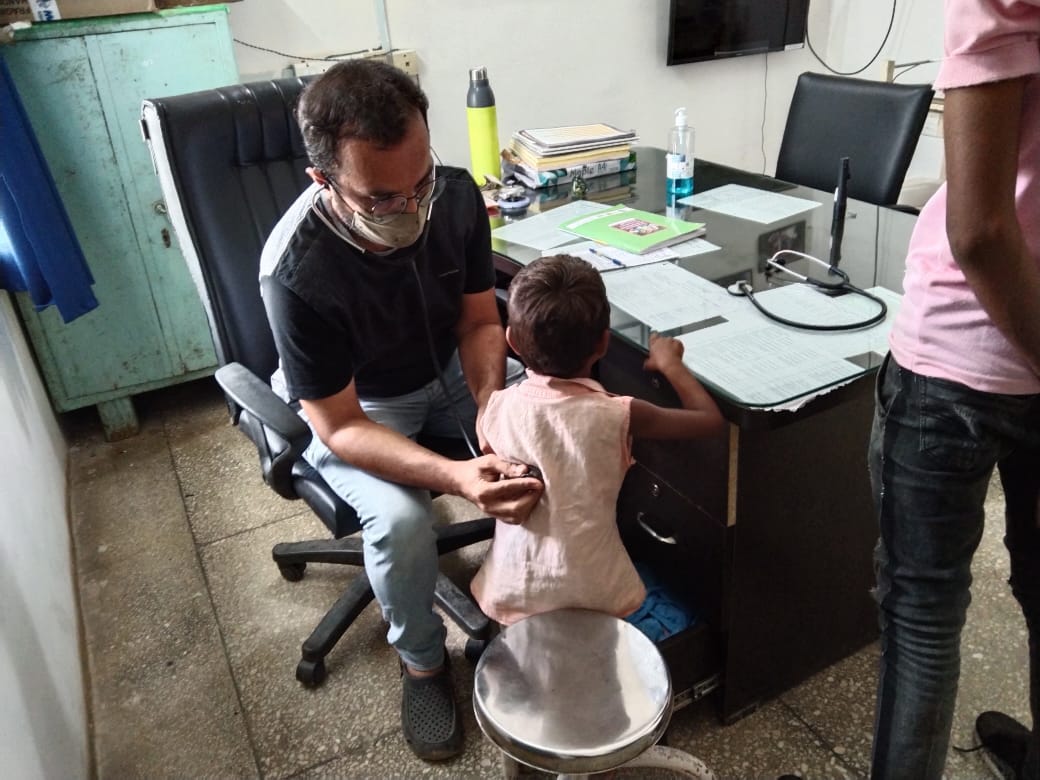 After completing my post graduate training in community medicine, I worked at a medical college for almost a decade, independently leading a community health program. We had a presence in 150 villages across 3 districts of Gujarat as a part of our direct service delivery program and worked in a tribal block as part of a health-system strengthening project. However, while working on such a scale, I gradually started realizing that I was losing direct connect with the community and individual patients which used to give me fulfillment. I liked listening to patients, connecting with them and solving their diagnostic dilemma to provide them relief. Whenever I was doing that, I felt I was in a flow and time just flew. Hence to do and learn more of what I liked, I left my job and took a year’s break (a gap year) to learn family medicine from primary health care organizations doing exemplary work at the grass root level. I am also currently doing my distance course in family medicine from CMC, Vellore. I started my gap year journey from 1st February 2021. Currently I am working at a PHC (Primary Health Center) in tribal Rajasthan adopted by an organization named Basic Healthcare Services to make quality primary health care more accessible.

It was one of the busiest OPD days at the PHC, where the medical officer and I consulted 127 patients in 4 hours. However, in the hustle and bustle of the OPD, two cases left an impression on me and I felt like sharing with everyone. One was a 40-year-old female named Ganga* and another was a 15-year-old male named Rahul*. As described below, the two cases had glaring contrasts as well as similarities.

Ganga had come for an emergency consultation complaining of breathlessness, chest discomfort and restlessness. She was accompanied by her son. We examined her and found her vital parameters (pulse, BP, SpO2) stable and chest was also clear. She did not have any other history suggestive of infective, cardiac or pulmonary morbidity. On trying to probe deeper in her life, we learnt that her mother-in-law had died in the last month and there were family conflicts going on with some relatives. On asking her if she was getting disturbed by those issues, her facial expressions changed and she had tears in her eyes. I realized that it was the cause of her discomfort and tried to ask her to share her concerns and problems. She could not do that because of many people around, but it appeared that she was feeling a bit relieved with tears coming out and her inner turmoil acknowledged by someone. Due to the heavy OPD I talked to her son to continue to provide her support and help her vent out her feelings. I initially thought of giving her an anxiolytic but then I felt that it may make her dependent on these addictive drugs. So, I decided to give her Vitamin B12 stat as a placebo and went on to see the OPD. I also put her on daily B12 and Folic acid supplements counseling her that these will make her feel better. While leaving she appeared relieved and her face which had been tense and mask like when she had presented appeared to be a bit relaxed.

On the other hand, Rahul had presented with an abscess on his sole following some injury. It was painful, tense and red in appearance and he was finding it difficult to walk. He was accompanied by his father and younger brother. The younger brother had also presented with impetigo. Both of them had very poor hygiene with worn and torn dirty clothes. On the contrary their father was very clean and well dressed. We took Rahul to the dressing room and put a small incision to drain the abscess. There wasn’t much pus but a serous fluid with a tinge of blood came out releasing the tension on the abscess and it reduced. He was given a tetanus injection, followed by dressing and a course of Amoxycillin and was asked to come for follow up dressing.

I felt that both persons had something piled up inside which needed a vent to come out. One had emotions piled up while the other had fluid piled up. One had a tense face and the other had tense skin, both of which caused a lot of pain. Giving a vent provided relief to both of them. One needed empathetic talking and listening to open up and the other needed a blade. Both were a result of some contamination from outside and the associated response from within.

If I had not identified the real reason for Ganga’s discomfort, I might have done any of these – either prescribed her some nonspecific drugs, sent her for further investigations or referred her to a specialist. None of which would have provided her relief, and on the contrary added to her financial burden in several ways. However trying to delve deeper into her personal life I could know more about her and find the root cause of her suffering. I think that is the essence of person-centered care. I wish we as doctors can look beyond physical vitals to emotional vitals more often and facilitate venting of emotions more frequently. It will lead to much higher patient and doctor satisfaction, as well as better treatment outcomes.

*Patient names changed for the sake of anonymity.

Dr.Shyamsundar Raithatha is a Basic HealthCare Services fellow who hails from Karamsad,Gujarat. He holds an MBBS and MD in Community Medicine from Sardar Patel University, Vallabh Vidhyanagar. He has taught at Pramukhswami Medical College since 2011. He is currently providing primary healthcare services and supporting PHC Nithauwa. He is also strengthening the PHCs in Aspur block and supporting the Village health and sanitation& nutrition committee (VHSNC) at PHC Nithauwa